Article posted in October 27 Issue of the Access PA News

Since November, 2014 when the announcement was issued that Auto-Graphics’ SHAREit was selected to provide the next Interlibrary loan platform for Access PA, HSLC has been working diligently with all participating Access PA libraries to get their holdings loaded into the SHAREit system. Twenty-four live training sessions have been held across the state and numerous webinar training sessions were offered to prepare librarians for the retirement of the “old” III Database and VDX ILL system.

The time has come. With over 7.3 million titles and over 27 million holdings, the SHAREit Database is ready for primetime. Beginning November 15th, all participating Access PA libraries must use the new SHAREit Database to place ILL requests. While the “old” Access PA Database will be available to search, it will no longer be possible to place ILL requests. Selecting the “Library Use Only” button in the “old” Database will result in a message explaining that all requests must be placed in SHAREit.

It is important to keep in mind that the VDX ILL system will remain available through January 31, 2016 so that libraries can continue to perform actions, such as Received, Returned, and Checked in on existing ILL requests in the system. It is also suggested that during that time, libraries take time to print out any necessary ILL statistics from VDX. Tips on printing ILL statistics from the VDX ILL system will be included in future issues of the weekly Access PA News.

Those libraries that do not currently have staff trained to use the new SHAREit Database are encouraged to register to attend a live training session in their area, or the series of two webinars being offered in November, by visiting the POWER Library For Librarians. Training videos will be posted by mid-November for library staff not able to attend a live training or webinar. An announcement will be made in an upcoming issue of the weekly Access PA News when the videos are available for viewing.

In the meantime, if you need to borrow items but have not been trained on how to use SHAREit, you might want to ask another library in your district to request items for you. If you need to borrow items that you are only able to locate in the “old” Database, feel free to fax requests to potential lenders. Also keep in mind that your library may borrow materials even though your collection has not been added to SHAREit. When your collection becomes part of SHAREit you will become a borrowing and lending library. 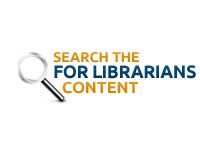 The POWER Library is hosted by HSLC